There was a beautiful Eastern Black Swallowtail in the fennel patch yesterday. This morning, the herb’s tender green shoots were peppered with tiny butterfly eggs. The little orbs are pale yellow now, but they will turn black just before they hatch into small caterpillars. In several stages, these fast-growing creatures will pass through increasingly vivid color patterns — all the while steadily consuming an impressive quantity of fennel, parsley and dill. Individuals lucky enough to avoid hungry wasps will eventually transform into a chrysalis and, finally, something that looks a lot like this: 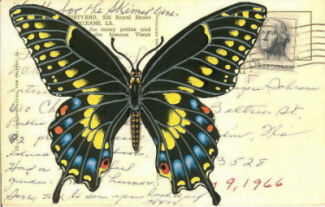 Meanwhile, we have defaulted to our usual steamy south Alabama late-summer gardening schedule. Manual labor is now limited to really, really early in the morning. We’re prepping beds for fall planting, checking our saved seed and picking those die-hard eggplant and peppers… and some scrumptious ambrosia canteloupe that the Perfect Man incorporated into an experiment in edible landscaping.

Summer is also canning time. Last week, it was green tomato chow-chow… and this week, it was blueberry jam. The hardest part is not opening the jars immediately and devouring the carefully preserved contents. It’s a treat to live with a man who has impressive food preservation skills! (Here’s a tip for any guys out there who might be contemplating an online dating service: just be sure your profile includes the fact that you’re inordinately fond of Mason jars and pressure cookers, and then stand back.) 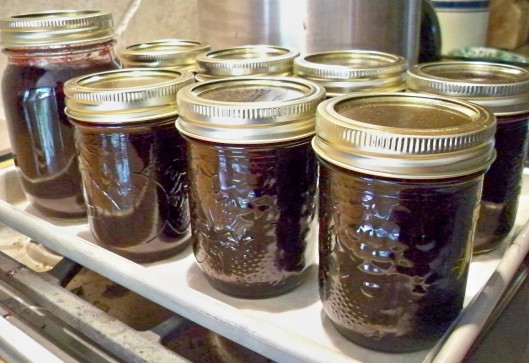